Two main sources of Islamic law; Quran and hadith especially the first one had been sent down not only for Muslims in Arabian peninsula but also for them living across the world, it was not only for human beings in the seventh century but also for twentieth and so forth. The overarching of the Quran to guide all humans living in all eras and places is one of its miracles. It is always compatible with the circumstances of the places anywhere humans living in (al-Islām ṣāliḥ li kull zamān wa makān).

The revelation of the Quran had ceased when the Prophet Muhammad died in 632 CE. However, miraculously its principles well-suited towards the changes in society all over the world. The Quran that is utilizing multi-meaning Arabic texts and has many synonyms supported its universality as the Muslims may interpret it to meet the needs of societies.  Therefore Muhammad said to Muslims to hold the Quran and hadith tightly to not going astray in facing social problems (Taraktu fīkum amrain lan taḍillū mā tamassaktum bihimā; al-Qur’ān wa sunnat al-rasūl).

The change of circumstances differs from societies to others. But, their changes contradicted each other for instance the changes facing people in the United Stated differ from those of Saudi Arabia. The differences of the problems facing Muslims from societies to others made the possibility of the different rule of law governing them as Imam Shafi’i had different fatwas from old opinions (qaul qadīm) when he lived in Iraq to new ones (qaul jadīd) when he had been in Egypt.

The differences of opinions of Muslim scholars from societies and eras to others do not contradict to the Quran, but their interpretation shaped by dissimilar circumstances facing them makes them different. The two main principles of Islamic law; justice (‘adālah) and common welfare (maṣlaḥaḥ) as was said by Ibn Qayyim al-Jauziyah become the foundations to solve the problems facing them. Therefore, it does not make sense to take verbatim the fatwa issued by Muslim scholars to solve the contemporary questions because of different situations. The writer concludes that Islamic law is continuously change well-suited with the transformation of societies (taghayyur al-fatwa bi taghayyur al-azminah, wa al-amkinah, wa al-aḥwāl). 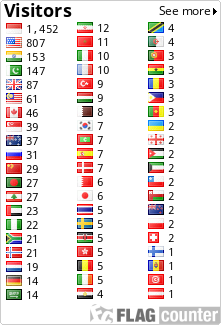